When he was 13 years old, Philip Flower fell out of an apple tree and this resulted in him being paralysed from the waist down. This disability did not stop him from becoming one of Britain's leading trials drivers in the 1930s. His brothers converted an MG J2 to have a hand throttle on the steering wheel which came off a Morgan three-wheeler. There was an outside lever, the first movement of which released the brakes, the second movement engaged the clutch. (This photo shows Flower with his trophy haul, searches show entry in more than 100 trials events). The car's first owner was J.E.S. Jones and when the Flower brothers bought the car, they lightened it by over 1 1/2 cwt. The wings were of the skimpiest and it had only a single headlight. R.A. Macdermid, a highly rated trials driver himself, writing in ‘The Sports Car’ in 1938 said: ‘I was lucky enough to see Philip Flower tackle the hill (Brakeheart), and I would like to pay tribute to as clever a trials man as any that twiddles a wheel…Flower is unable to survey his hill on foot, but unerringly he picks the only possible course and quietly but very surely took his car to the top; a perfectly judged climb which made all others look rather futile.’ Up to the 12th August 1939, Philip Flower appeared in more than 100 trials events, achieving a 1st Class Award at Shepton Mallet M. & L.C.C. Hag Hill Climb on the above date, he did not trial after 1945 and died in 1957. After the War Ivan Forshaw was in Westminster Garage in Parkstone where they were selling off a lot of pre-war MG parts. He recognised these as being the Philip Flower car YD 6854 and bought the lot. Ivan then promised to rebuild the car for his son Roger on the condition that he never started smoking or got a motorbike! (YD 6854 in restoration at Aston Service Dorset) It appeared that it had been taken to pieces before the war broke out and was never re-assembled. Ivan Forshaw was able to get some of the missing parts from the family's garage. Other parts came from a J2 in Trent's scrap yard, one of the largest in the land and luckily just up the road from Aston Service Dorset. (Photograph showing the engine bay near completion.)

In the 1950s, Ivan partially restored the car to standard specification - keeping to one side all the Flower's modifications as they are part of the car's history. The car was not fully finished until the mid-1990s, and despite Ivan conning Roger into never smoking or having a motorbike, neither of which he ever did, Roger only first got to drive the car on his 60th birthday in 2000. The car has since had a full engine rebuild and is in good working order throughout. This picture shows the original registration document of YD 6854 in the name of Philip Flower. Detail of the instruments and driving controls, having been put back to standard from the hand controls fitted by Flower brothers. 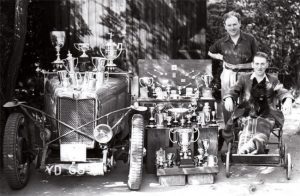 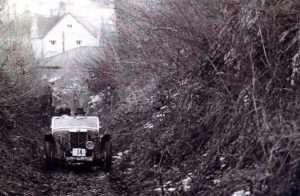 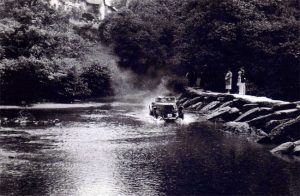 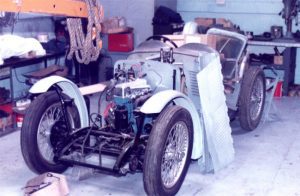 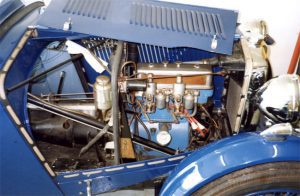 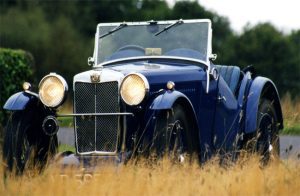 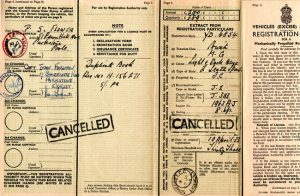 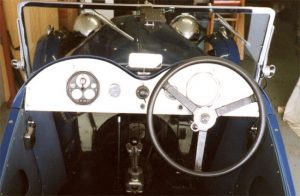 0
We use cookies to ensure that we give you the best experience on our website. If you continue to use this site we will assume that you are happy with it.Ok